Traditional Installment Lenders (TILs) have long operated within a legal framework, licensed and thoroughly regulated by state and federal consumer protection agencies. Despite these safeguards, government efforts to crack down on newer forms of small-dollar credit, such as internet or payday lenders, often adversely affects installment lenders, risking the elimination of all credit options in certain geographical areas and the creation of so-called credit deserts with all of the attendant hardship for individuals and families.

The primary form of regulation for installment lenders is through state law. Non-bank financial institutions must navigate and comply with a patchwork of radically differing regulatory regimes. Unfortunately—and unhelpfully—in the view of NILA, these regimes tend to rely on federally-mandated APR disclosures to measure the cost of a loan and, thus, enable these costs to be capped at a certain level. The use of APR caps is poor public policy. An explanation of the challenges with APR is below.


APR caps affect the ability of installment lenders to make viable loans priced according to the cost of making them, as well as the risk of default. As a result, some states are effectively prohibited from offering installment loans, while others require the sale of (voluntary insurance) or other ancillary products. A summary of state regulations is shown in the graphic below. 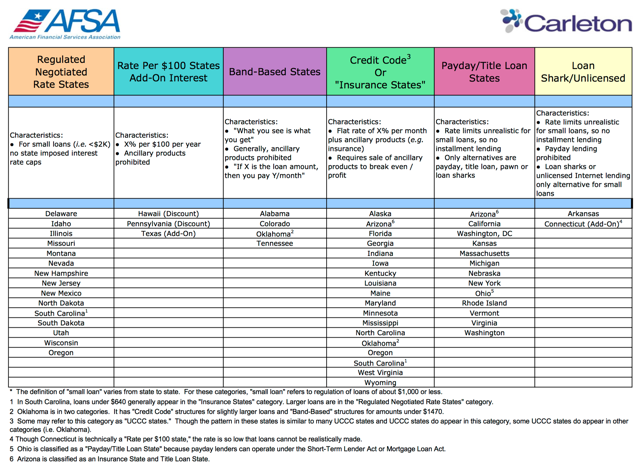 While many installment lenders are licensed by the states in which they operate, they must also abide by an extensive set of federal regulations—in addition to the numerous licensing and other regulations at the state level—in order to do business legally.


In recent years, federal oversight of the financial services industry has drastically expanded, creating countless guidelines and requirements with which financial institutions must comply. Most significant has been the foundation of the Consumer Financial Protection Bureau (CFPB), which investigates small-dollar lending, primarily focused on payday-type loans but also covering installment loans.

In October 2017, the CFPB issued its Final Rule on Small-Dollar Lending. NILA was gratified to see the sensible approach adopted by the CFPB, which made a clear distinction between traditional installment loans and payday/title-type loans. The final rule reflected CFPB Director Richard Cordray’s previous comments that any final rule must leave room for “… responsible loans like installment lending.”

Listed below are some of the major federal regulations that have a daily effect on the operations of installment lenders:

The Use and Abuse of APR

The use of annual percentage rate (APR) caps to regulate TILs is often based on the false premise that this figure accurately conveys the relative cost of a loan: It does not.


As a starting point for understanding how loans can effectively be regulated, all parties must realize the limitations of APR as a regulatory tool and the loan’s true cost to the consumer.

APR did not exist before the passage of the Truth in Lending Act (TiLA) of 1968, which was created to promote the informed use of consumer credit. It was developed to help consumers compare similar loans and as a tool for regulators, intended to annualize a combination of the fixed costs of a loan (previously represented by a fee) and its variable costs (chiefly, cost of funds and bad debt). When TiLA became law, it was made clear APR should only be used to compare loans of equal size and maturity.

This is because the larger and the longer the term of the loan, the less the impact of fixed costs will be on APR. It is critical, then, for understanding consumer finance and regulating it appropriately to grasp that APR is a function of the size and length of a loan: The break-even APR on a small, short-term loan is higher than on a larger, longer one.

For this reason, it is illogical to attempt to identify a single APR as fair for all sizes of loans: 36% APR (a common “ceiling” for policymakers), for instance, yields a return that is far below the cost to a lender of making a small installment loan. Individuals who advocate for a 36% APR cap simply do not understand this key point, making it impossible for them to fully appreciate the benefits of installment loans to both lenders and borrowers.

Treating high APR loans as if they were automatically high-cost loans can have significant unintended consequences. In fact, a single, arbitrary rate cap (like 36%) acts as a cost floor, blocking access to the lowest cost loans. Such a rate cap disproportionately harms the poorest consumers, who need and can afford smaller loans, while leaving the rich unaffected. This is self-evidently, bad public policy and should be opposed by any individual who cares about the poor and disadvantaged population or consumers in general. 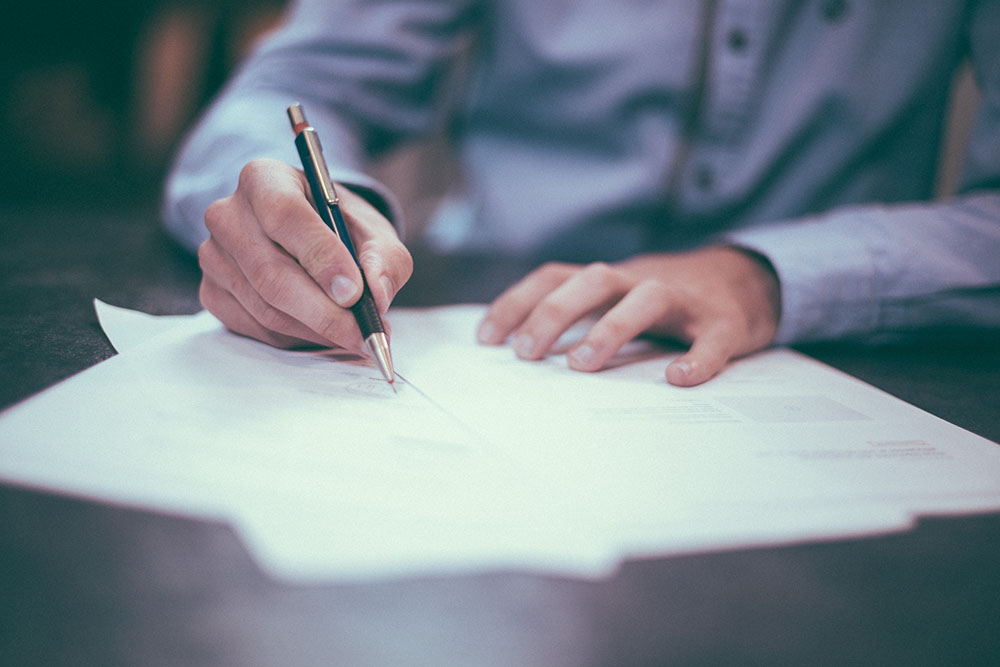