US banks closed 148 branches, nationwide in February, according to a report from S&P Global. This continues a worrying trend that promises to increase the prevalence of “credit deserts”. These are geographies where widespread access to financial services, particularly loans, is scarce.

The report goes on to state that  over the last 12 months, U.S. banks and thrifts closed 3,672 branches and opened only 995. This left only 83,443 active branches as of Feb. 28, 2021. California led the nation with 22 net branch closures in February. It was followed by Massachusetts with 18 and Florida with 10. 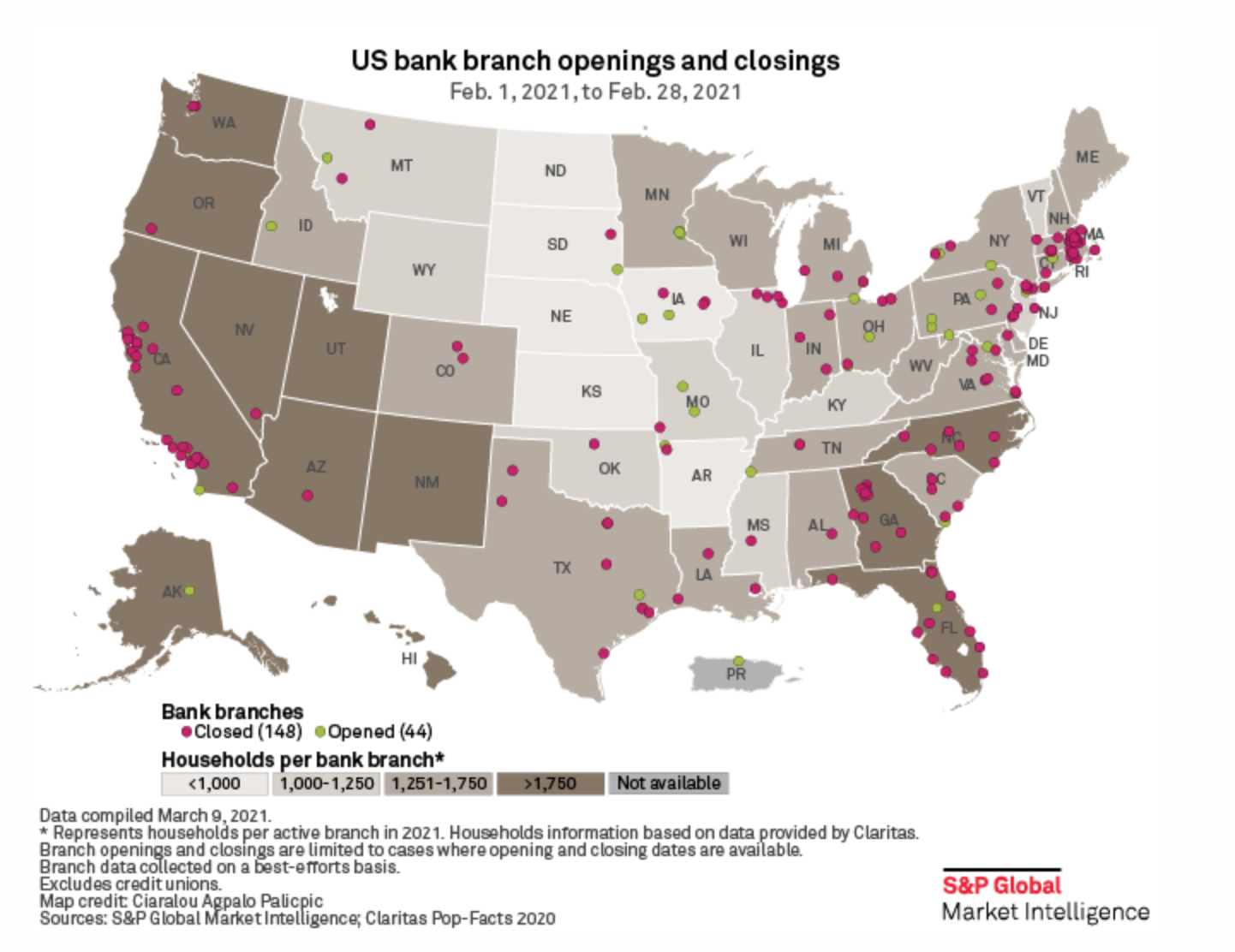 A previous report from S&P Global noted a record number of branch closures in 2018.

Advocates of APR price caps as a means to regulate non-bank loans often point to the fact that banks will pick up the slack as borrowers have their financial lifelines removed. This is demonstrably false, as we have seen repeatedly. The few banks that do try to offer small dollar loans find that they cannot offer them at a price that will cover their costs and allow them to make a profit. They also tend to use a variation on the payday loan model, rather than the safer and more affordable installment model.

Deserting whole communities en masse, is unlikely to help with this….